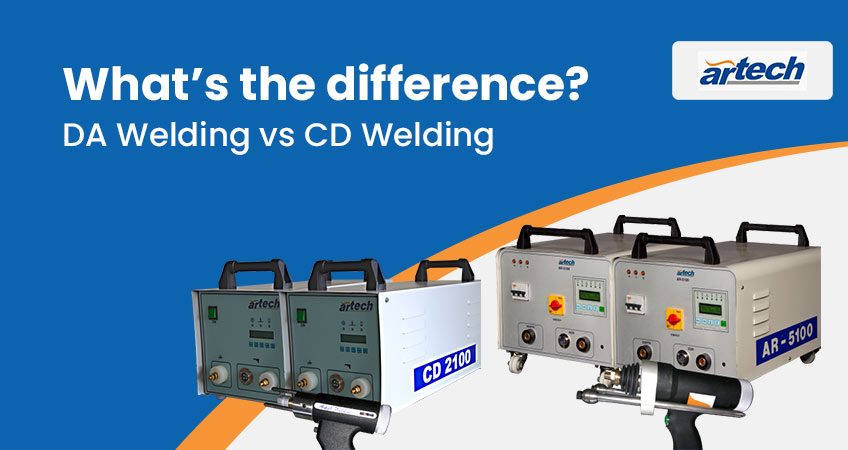 Choosing between CD welding and Drawn Arc Stud Welding has been one of the major confusion for years. If you’ve ever wondered which type of stud welding application would suit your welding needs when welding a metal stud to a metal surface, this blog is an ultimate guide to clear all your common doubts and make a wise choice. A weld stud is a specially designed stud or bolt. It is directly attached to a workpiece or base material via a welding process. These weld fasteners help the stud or bolt to form a bond and attach permanently to the workpiece.

The scope of stud welding is vast. This quick guide on the difference between DA Welding and CD Welding must have given you a brief idea about both welding types. At Artech Welders, we are involved in the manufacturing and supplying of industrial welding machines. Being the market leader for years, we are known for the premium quality, latest technology, a wide range of welding machines, at affordable prices. Get in touch with us for CD welding machines, Drawn Arc welding machines and more.

Shift to better welding with Artech!